ZONTA CLUB OF FORT COLLINS
ark your calendar for March 8, 2022 the Zonta Club of Fort Collins Rose Day for recognizing women. Join us as we recognize women this year with a live rose or virtual bouquet and kind words of recognition shared by someone close to them.  The Zonta Club of Fort Collins sells a live rose vase for $10 and virtual bouquets for $5.   See link above.  You provide the reason for the recognition, and we fill in the message attached to the bouquet.  What a good feeling to give a gift of recognition to deserving women. Funds raised support the efforts of the Zonta Club to support women worldwide through advocacy and service.  If you have questions email us at zontafortcollins@gmail.com. Please email completed printable order form to ZontaFortCollins@gmail.com and payment to: Zonta Club of Fort Collins, P.O. Box 272914, Fort Collins, CO  80527.  DEADLINE TO RECEIVE ORDERS IS FEBRUARY 27.

History of International Women's Day
" Woman is the companion of man, gifted with equal mental capacity...If by strength is meant moral power, then woman is immeasurably man's superior...If non-violence is the law of our being, the future is with women..". ~ Mahatma Ghandi ~

International Women’s Day (IWD) is a globally-recognized day which celebrates the economic, social and cultural contributions made by women. It is is observed each year on March 8th.  It is a day when women are recognized for their achievements without regard to divisions, whether national, ethnic, linguistic, cultural, economic or political. It is an occasion for looking back on past struggles and accomplishments, and more importantly, for looking ahead to the untapped potential and opportunities that await future generations of women.

In 1975, during International Women's Year, the United Nations began celebrating International Women's Day on 8 March. Two years later, in December 1977, the General Assembly adopted a resolution proclaiming a United Nations Day for Women's Rights and International Peace to be observed on any day of the year by Member States, in accordance with their historical and national traditions. In adopting its resolution, the General Assembly recognized the role of women in peace efforts and development and urged an end to discrimination and an increase of support for women's full and equal participation.

The UN and Gender Equality The Charter of the United Nations, signed in 1945, was the first international agreement to affirm the principle of equality between women and men. Since then, the UN has helped create a historic legacy of internationally-agreed strategies, standards, programmes and goals to advance the status of women worldwide.

The beginnings of IWD can be traced back to the Women’s Rights Movement in the late 1890s from the activities of labor movements in North America and across Europe. IWD became formally recognized by the United Nations during International Women’s Year in 1975. Then in December 1977, the UN General Assembly adopted a resolution proclaiming March 8th as a day for Women’s Rights and International Peace.

Annually on 8 March, thousands of events are held throughout the world to inspire women and celebrate achievements.

The United States even designates the whole month of March as 'Women's History Month'.
So make a difference, think globally and act locally !! 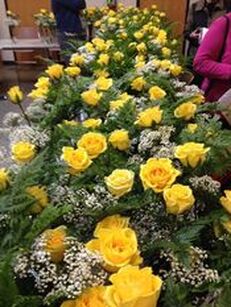